Data flow diagrams are used to graphically represent the flow of data in a business information system. DFD describes the processes that are involved in a system to transfer data from the input to the file storage and reports generation.

Four basic symbols are used in data flow diagrams as shown in the Table illustrated below: 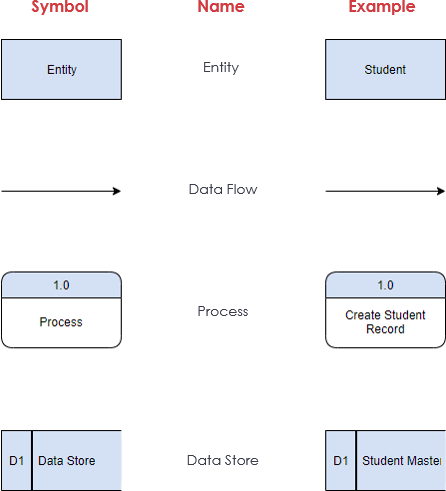 An entire system and numerous subsystems can be depicted graphically with these four symbols in combination.

Entities represent people, organizations, or other things that interact with the system, i.e. entities are “outside of the system,” that is they are part of a process, but external to the information system. They send or consume information, and in Gane-Sarson notation are also called sources or sinks of information. If the same entity is shown more than once in a diagram, a diagonal line is added to the lower right-hand corner to visually distinguish it.

Processes are the actions that directly change the data. Whenever an action takes place, a new output is formed based on that action. Typical processes include calculations, data sorting or set of specific rules that a business may follow.

Data flow is the lines with arrows that are used to mark where the data flows. As external entities create processes and interact with data stores, data flow lines map out these inputs and outputs. Data flow lines are an essential aspect of a data flow diagram as they tie all of the information together. They are also marked with labels that briefly define what each data flow is accomplishing.

Datastores are files or storage areas that contain information that can be called on at a later date. They typically appear as database tables or spreadsheets. Like processes, data stores receive simple labels explaining their purpose or order. 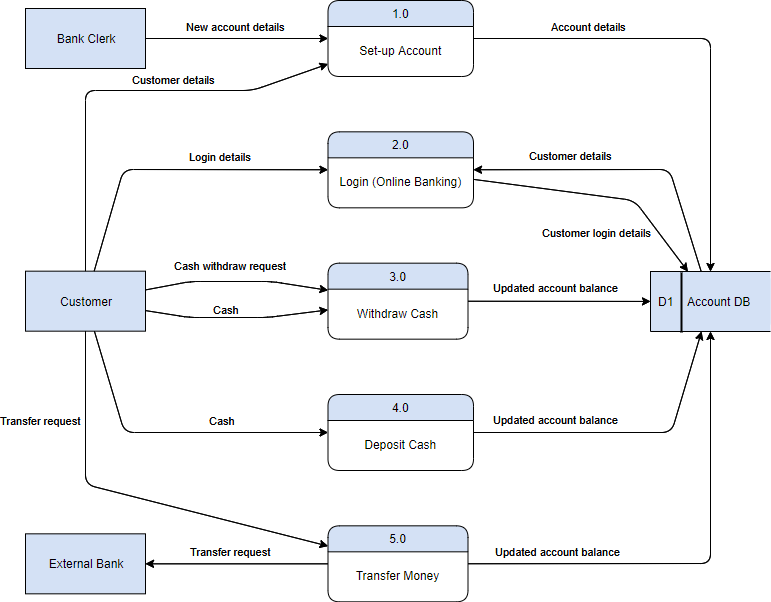 Gane-Sarson, like Yourdon notation, uses leveled diagrams, that is, a roll-up and drill-down approach where increasing levels of detail are shown on successive diagrams. A process called functional decomposition is used to represent each process in more detailed steps/processes.  Each process in a DFD can be “exploded” to become a DFD. When this is done, decimal numbers can be used to identify the process, while maintaining the links to the “parent” or higher-level process on the parent diagram. 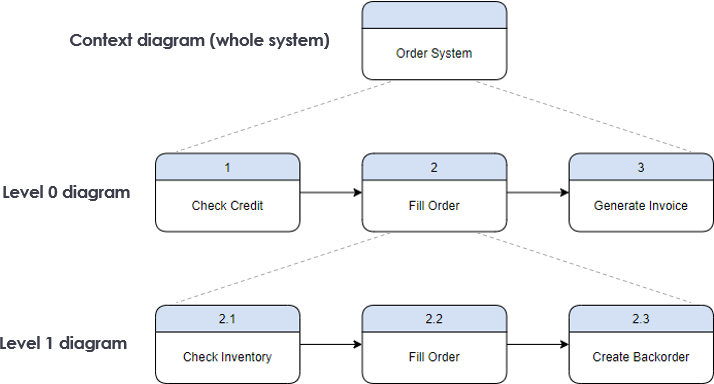 One of the rules for developing DFD is that all flow must begin with and end at a processing step. This is quite logical because data can’t transform on its own with being process. By using the thumb rule, it is quite easy to identify the illegal data flows and correct them in a DFD. 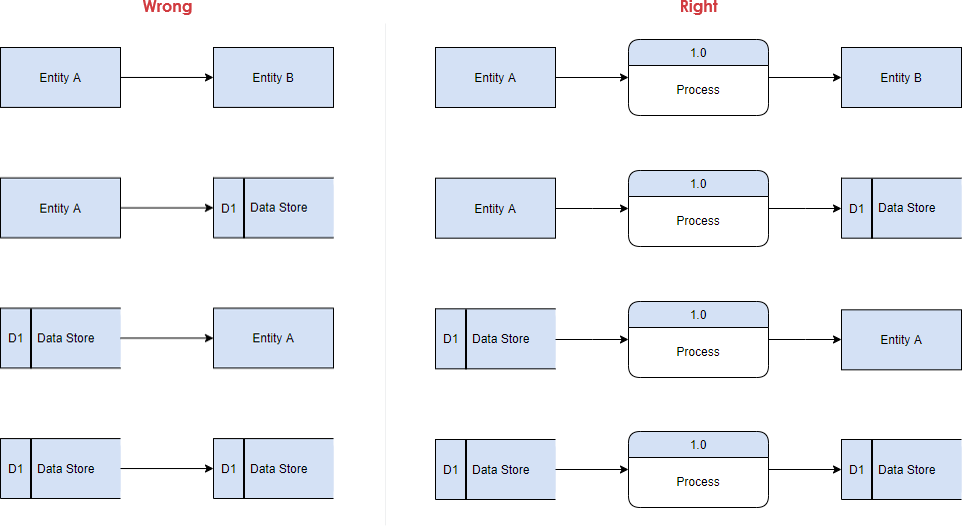 Physical DFD specifies the actual flow of physical documentation, while logical DFD only focuses on the information flow in business terms. 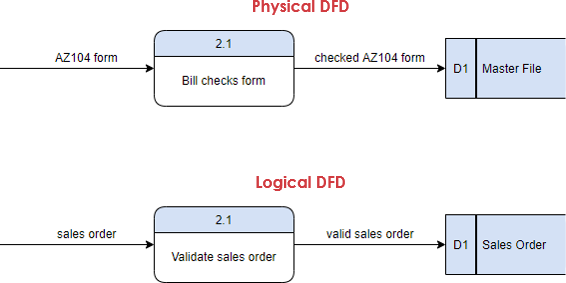 Logical DFD eliminates physical processes that refer to physical activities only and do not transform data. 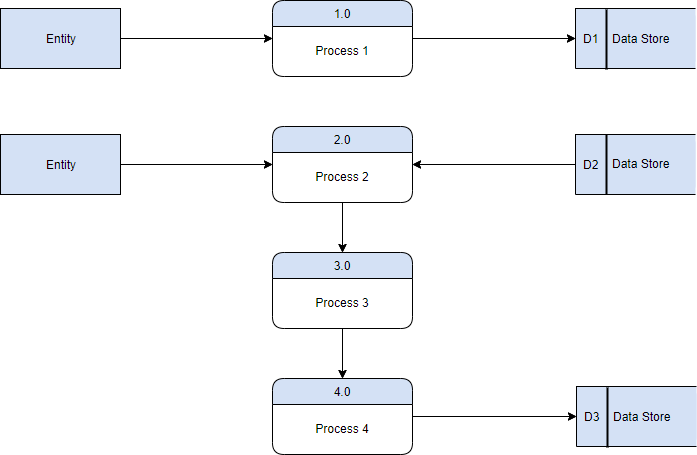