The reserve ratio is the percentage of deposits that the central bank requires a bank to keep on hand at a central bank. When a bank finds itself with excess reserves, it can lend them to other individuals or banks as a loan that may need them.

For example, suppose ABC Bank has $1,000 million in deposits. If the reserve ratio requirement is 10% in the country, the ABC Bank must reserve at least $100 million in central bank and may not use that cash for lending or any other purpose. 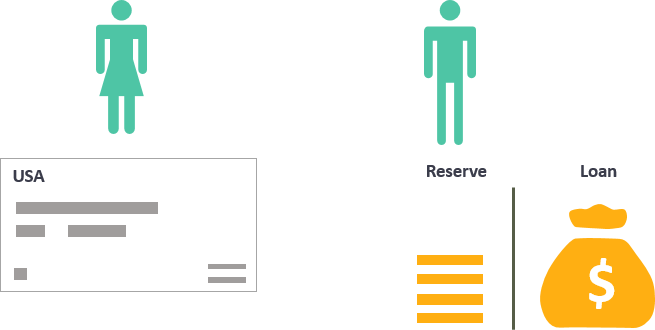 The reserve ratio is expressed as a percentage of the bank’s total deposits. It helps ensure that the bank does not over-leverage itself. In some countries, increasing or decreasing reserve ratios may be used to help control the money supply. It is also the benchmark rate for many corporate and international government loans.

This calculator is created with
Visual Paradigm Tabular