What is Euler Diagram?

A Euler diagram is a diagrammatic means of representing sets and their relationships. They are particularly useful for explaining complex hierarchies and overlapping definitions. They are similar to another set diagramming technique, Venn diagrams. Unlike Venn diagrams, which show all possible relations between different sets, the Euler diagram shows only relevant relationships.

Venn diagrams and Euler diagrams look very similar so it is understandable that many people find it confusing to understand the difference. Although both the diagram types rely on the set theory some subtle differences make them unique.

The key difference between these two diagrams is that a Euler diagram only shows the relationships that exist, while a Venn diagram shows all the possible relationships.

Let’s consider another example. Suppose we have three sets: 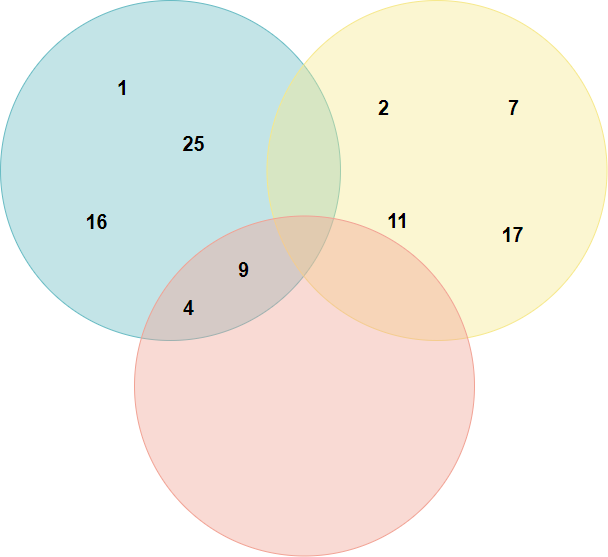