The 5 Whys is a simple tool used to help you understand what’s causing a problem by using an iterative interrogative technique to explore the root cause underlying a particular problem. As the name suggested, 5 Whys takes five iterations of asking “Why” to drill down from one symptom to another until you reached the root cause (Sometimes asking “Why?” five times is too many, and sometimes you need to ask it more than five times).

Why 5 Whys for Root Cause Analysis (RCA)?

Use the 5 Whys when you want a simple way to dig for a deeper understanding of the root cause of a problem, so you can better address it.

Before you start the 5 Whys activity, make sure you do this with a team of people who have insight into the problem. 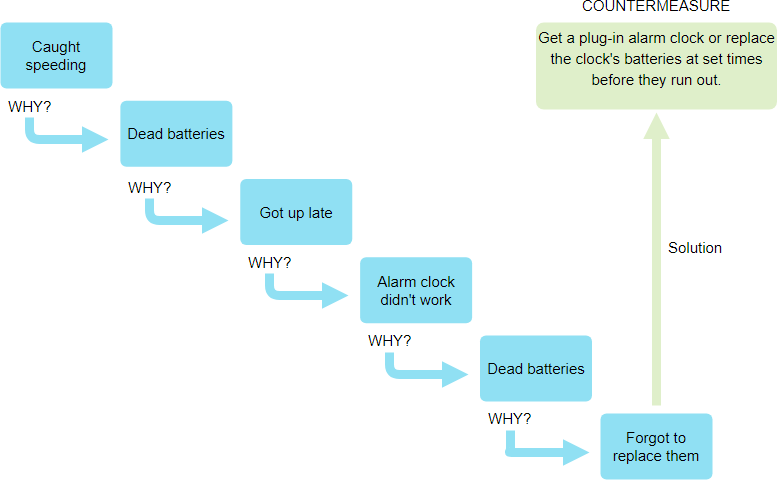 By repeatedly asking the question, “Why?”, you can peel away the layers of an issue and get to the root cause of a problem. Keep asking “Why?” until you reach an actionable level.