What is Specification and Description Language (SDL)

There are three parts to an SDL diagram: the system definition, block and process. The system definition defines the major nodes (blocks) of the system such as clients and servers, while the block charts show more details. The process diagram shows the processing steps in each block. See state machine and UML.

Agent – An agent is an element in the system structure. There are two kinds of agents: blocks and processes. A system is the outermost block.

Architecture – the overall architecture can be seen as a tree where the leaves are the processes. 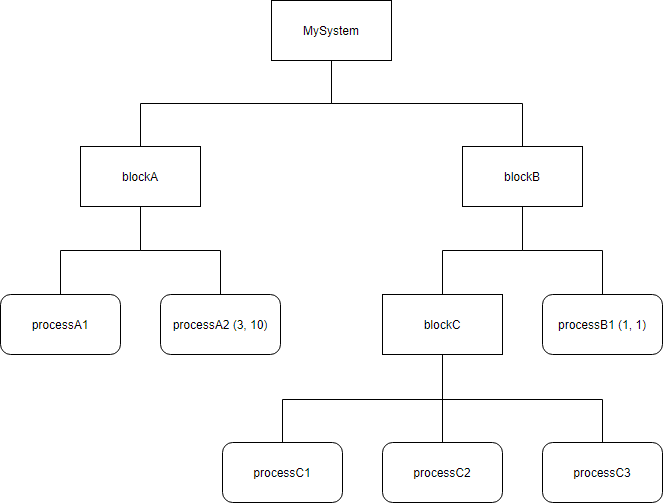 First of all a process has an implicit message queue to receive the messages listed in the channels. A process description is based on an extended finite state machine. A process state determines which behavior the process will have when receiving a specific stimulation. A transition is the code between two states. The process can be hanging on its message queue or a semaphore or running e.g. executing code. A message stimulus coming from the environment or from another agent to an agent is called a signal. Signals received by a process agent are first placed in a queue (the input port). When the state machine is waiting in a state, if the first signal in the input port is enabled for that state it starts a transition leading to another state.

In a state (e.g. Idle) the process takes from the queue the first signal that is of one of the types indicated in the input symbols (here Code, containing information about the card id and PIN from the Panel). The Idle state is followed by one input symbol which describes the consumption of the signal Code. In the transition following the reception of the Code signal, it will use the variable cur_panel to remember from which panel the signal came from and then send the Code to the central unit for validation. The next state is Validation. In state Validation the Controller will only accept OK or NOK. If it gets OK it will open the door by calling the procedure OpenDoor. 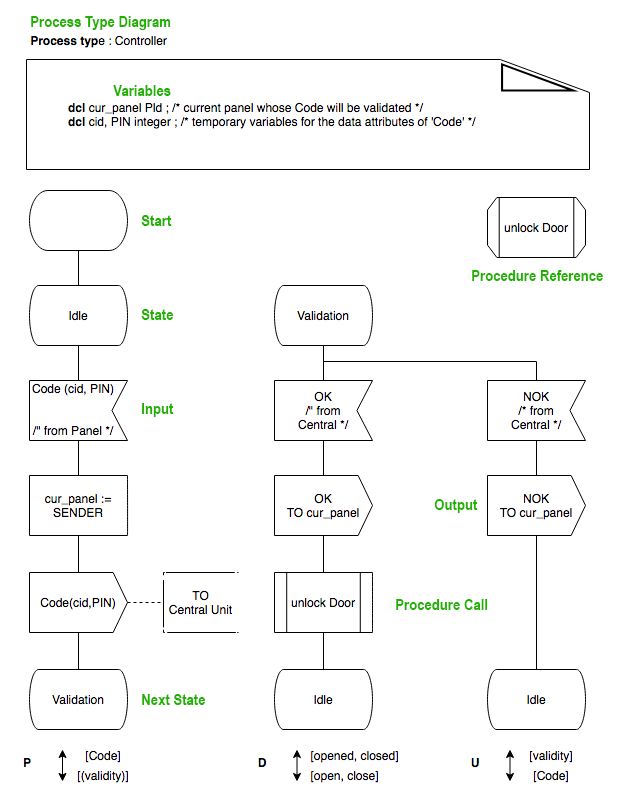 A chocolate vending machine is an automated machine that provides different types of chocolate after appropriate code inserted.

A finite state machine consists of a finite number of states, one being the initial state and a number of transitions connecting the states.

In the vending machine (state diagram example) below the circles represent states, and the arrows represent transitions. Each arrow is decorated witch an input which triggers the transition ( before slash ) and a possible list of outputs ( after slash ). 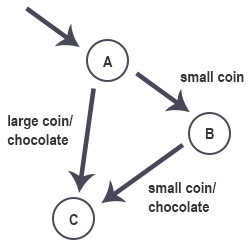 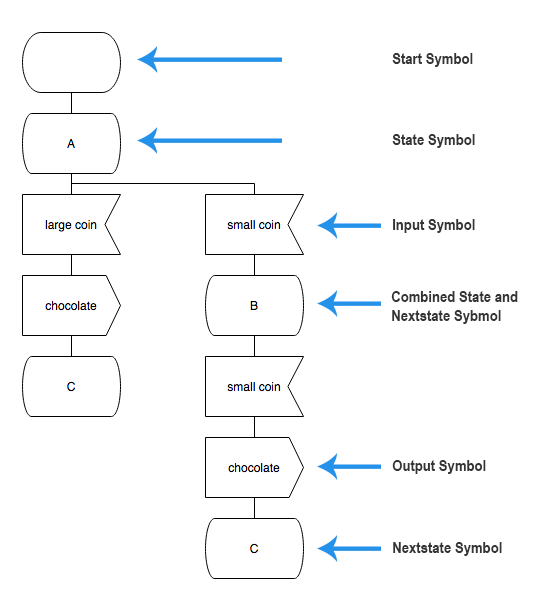