Why Brain-Writing? How to Do it?

One of the drawbacks of the brainstorming process is the fact that some team members may not speak up openly because they are quiet, or are afraid that their suggestions may be rejected. Brain-writing is an alternative method of brainstorming. It is particularly useful with a group of people who are somewhat quiet and would be unlikely to offer many ideas in an open group session such as brainstorming. Brain-writing technique enables everyone to participates in a non-threatening way in meeting. Brain-writing provides an opportunity for shy people to formulate their thinking before sharing with others.

Rather than asking members to speak out their ideas, you ask them to write down their ideas about a particular question or problem on sheets of paper for a few minutes; then, you have each member pass their ideas on to someone else, who reads the ideas and adds new ideas. After a few minutes, you ask them to pass their papers to others, and the process repeats. After 10 to 15 minutes, you collect the sheets and post them for immediate discussion.

Typically, the number of ideas generated from brain-writing often exceeds what you’d expect from face-to-face brainstorming because now everyone has had the opportunity to share their ideas. The quality of the responses was also impressive.

One of the most popular types of brain-writing is called Brain-writing 6-3-5 which is a technique that enables a group to develop 108 ideas through silent writing or sketching. Six people create three ideas that are refined five times.

Brainwriting is a popular tool being used in brainstorming. In a brainwriting session, the moderator asks the participants to write down their ideas about a given question or problem as a card; then, the cards are passed to the participant nearby, who then reads the ideas and adds new ideas, and the process repeats. Finally, the ideas collected are summarized, discussed and concluded. 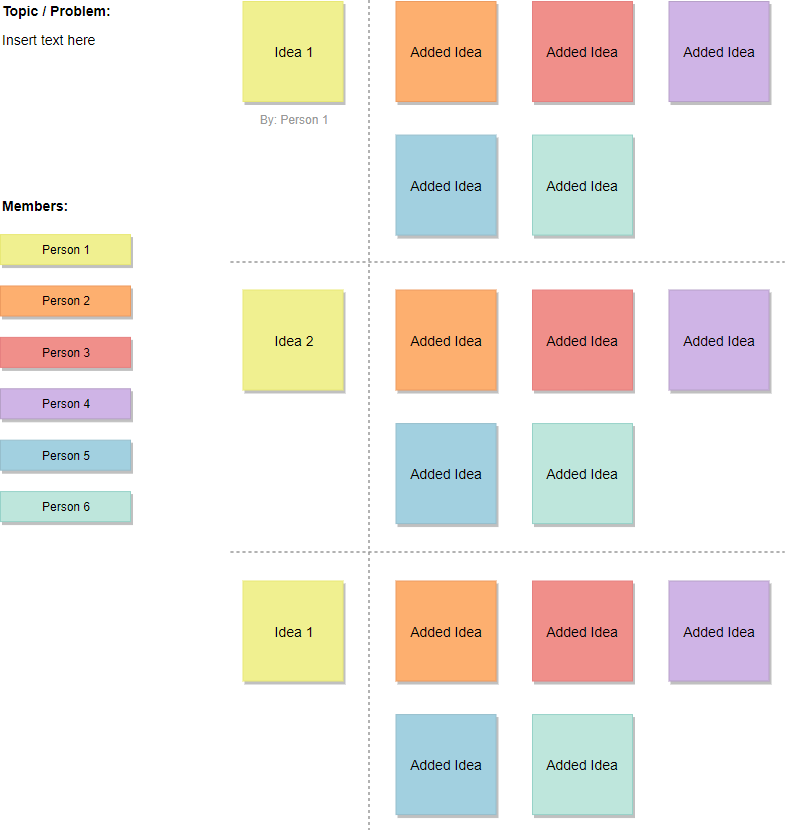 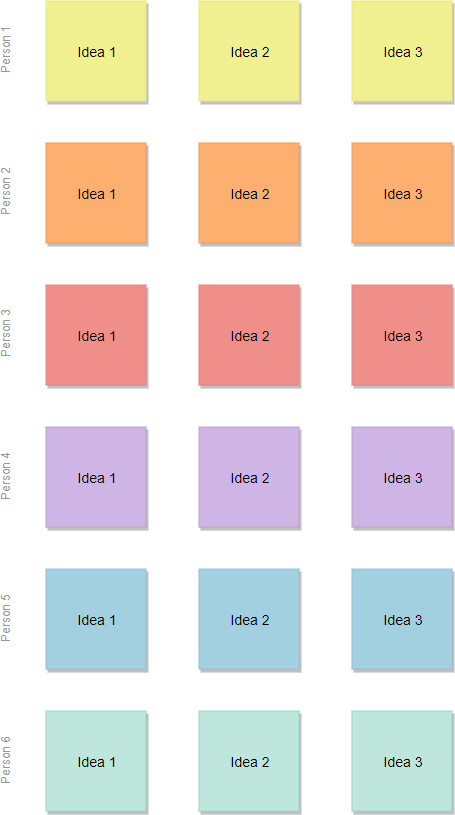