Kurt Lewin developed a 3-step change model is commonly referred to as Unfreeze, Change, Freeze. The model represents a very simple and practical model for understanding the change process. The world has changed since the theory was originally presented in 1947, but the Kurt Lewin model is still extremely relevant. Many other modern change models are based on the 3-stage Lewin model such as the ADKAR Model.

Kurt Lewin’s Change model is still widely used and serves as the basis for many modern change models. 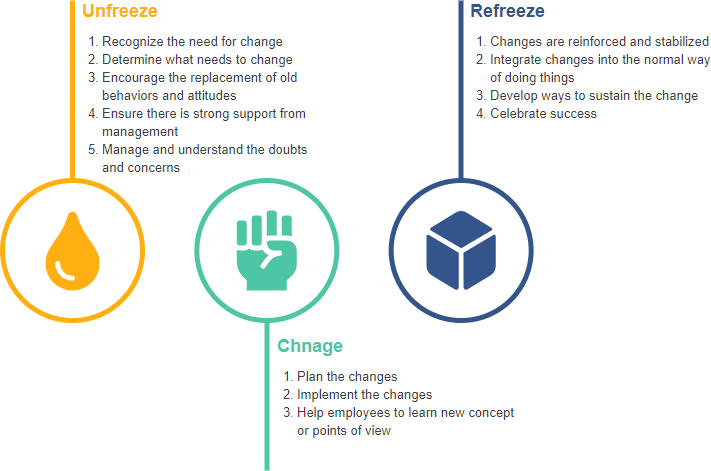