What are the Flowchart Symbols?

What is a flowchart?

A flowchart is a pictorial representation depicting the flow of steps in a program or business process in an organization. A flowchart can often be used to show the program structure, logic flow and operations performed that forms an important part of the documentation of the system; and subsequently, it enables us to trace and detect any logical or other errors before the programs are written. Besides, flowcharts are used by system and business analysts to show various processes, subsystems, outputs and operations of a system.

The Elements of Flowchart

Elements are represented by simple icons (circles, rectangles, diamonds, or other shapes), with lines and arrows representing connections between events and the direction or order in which they occur. A flowchart indicates sequences and decision points as well as starting and stopping points. Since it is easier to grasp relationships in a visual form than in verbal description, flowcharts can prevent the omission of steps in a process.

This generic ATM flowchart example shows what a cash withdrawal process might look like. Using a flowchart to layout out the steps involved in withdrawing cash helps you recognize the steps involved, the decision points and when would the communication with the bank takes place. 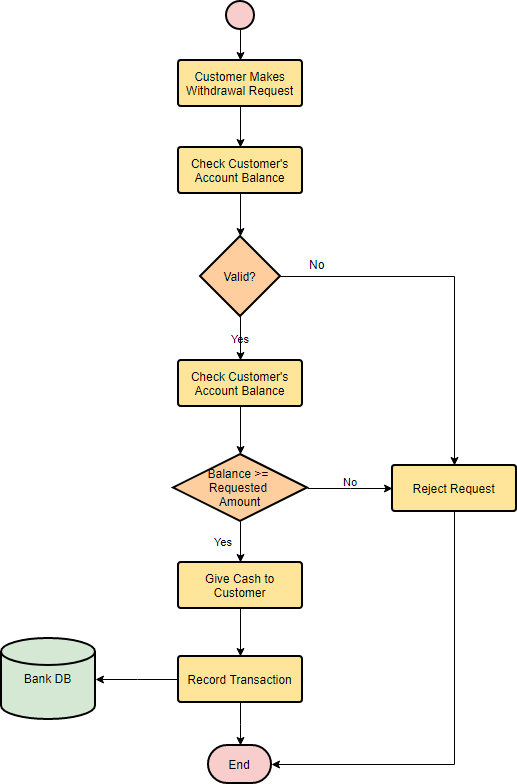 Creating a Flowchart through Stepwise Refinement

The most effective way to solve a complex problem is to break it down into successively simpler sub-problems. You start by breaking the whole task down into simpler parts. Some of those tasks may themselves need subdivision. This process is called stepwise refinement (or known as top-down decomposition). You can following the steps to create a flowchart with the stepwise refinement technique: 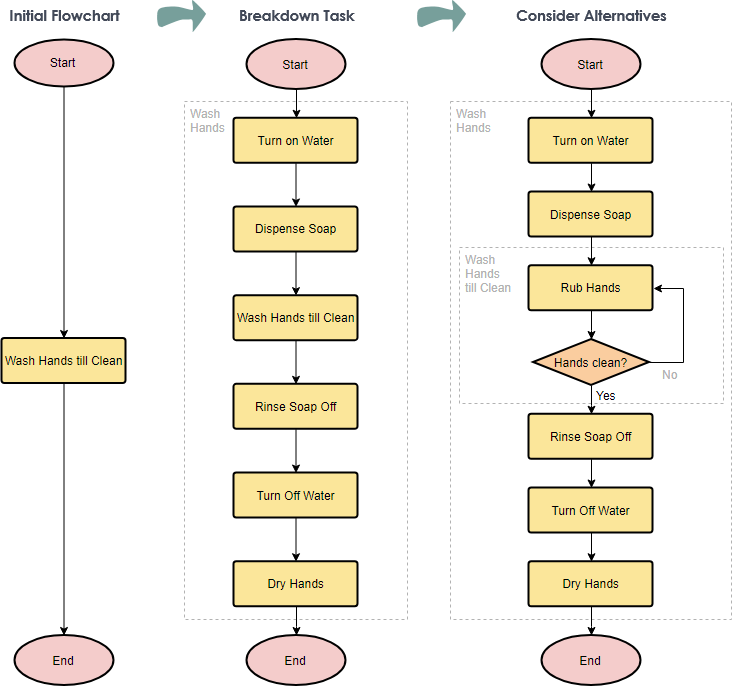