What is Logic Diagram and Truth Table?

The logic diagram consists of gates and symbols that can directly replace an expression in Boolean arithmetic. A logic gate is a device that can perform one or all of the Boolean logic operations AND, NAND, NOR, NOT, OR, XNOR, and XOR. All types of logic gate, except NOT, accept two binary digits as input, and produce one binary digit as output. NOT gates accept only one input digit.

Each one has a different shape to show its particular function. The inputs (Boolean variables) enter at the left of the symbol and the output leaves from the right. When combined, several gates can make a complex logical evaluation system that has many inputs and outputs. Digital computers are designed by connecting thousands, or millions, of these gates to together.

The NOT gate is a forward arrow with a small circle at the output. The circle part of the symbol is what says that the output is negating the input.

The OR gate has a curved input side and a sharply pointed output.

The AND gate has a flat input side and round output side.

The exclusive or gate symbol is just like the OR gate but it has an additional curved line crossing the inputs. 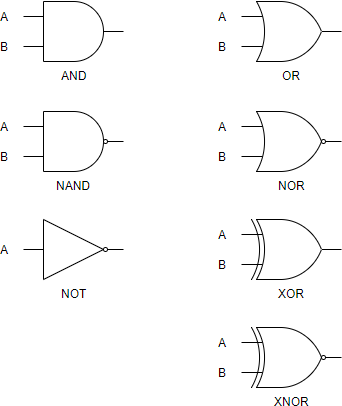 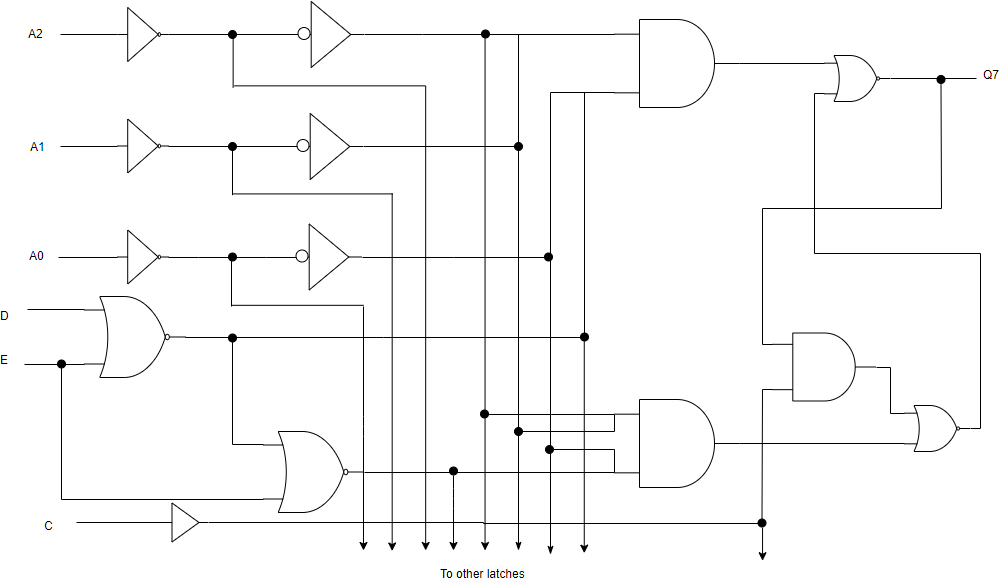 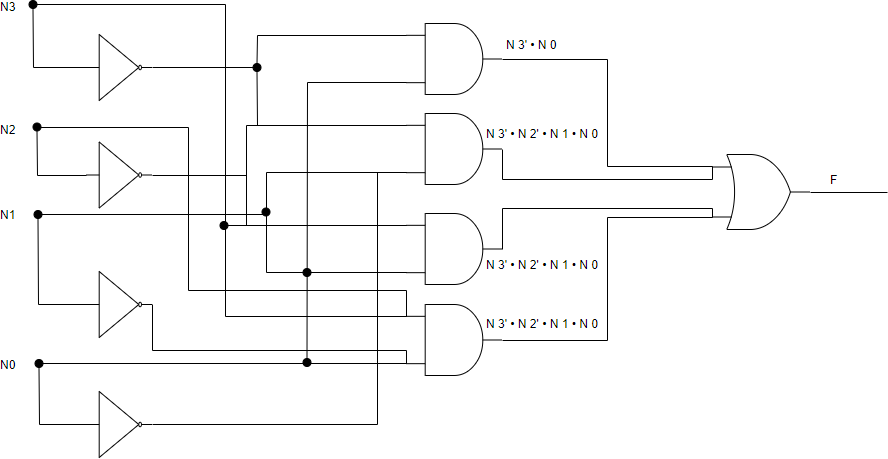 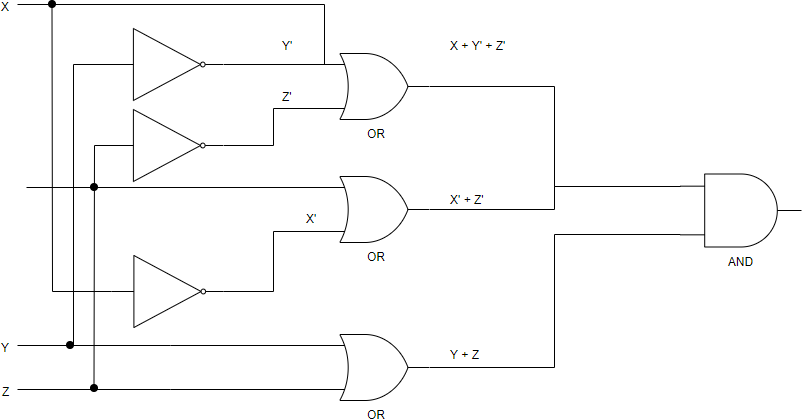 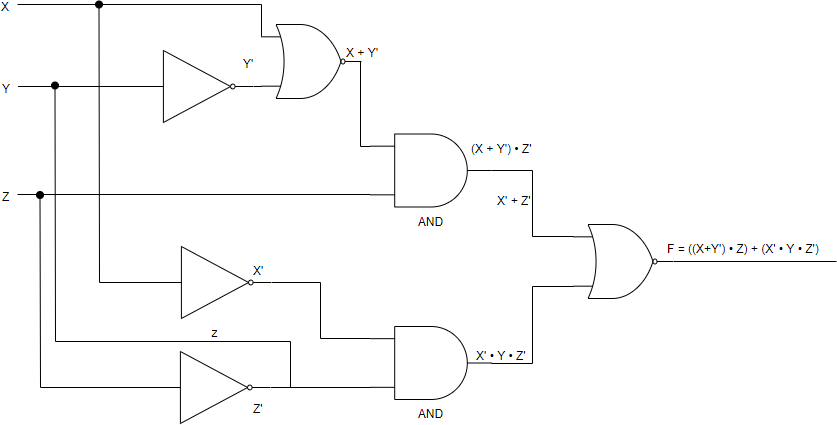