What is Kinship Diagram? 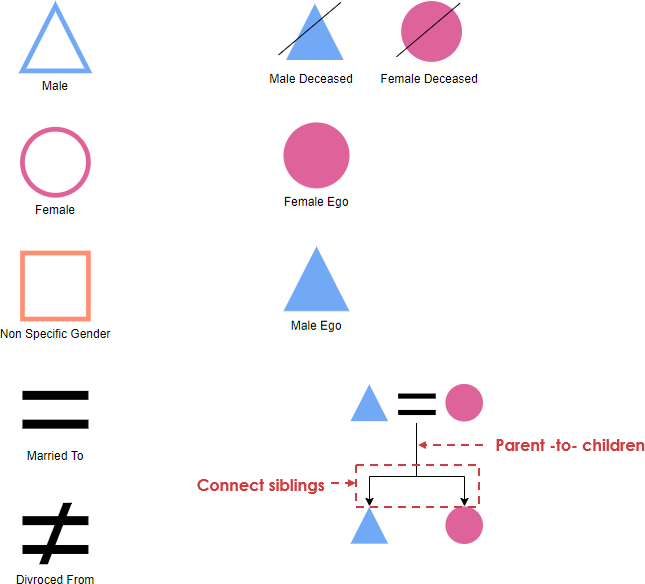 Kinship is reckoned in several different ways around the world, resulting in a variety of types of descent patterns and kin groups. Anthropologists frequently use diagrams to illustrate kinship relationships to make them more understandable. The symbols shown here are usually employed.  They may be combined, as in the example below on the right, to represent a family consisting of a married couple and their children.

In kinship diagrams, one individual is usually labeled as EGO.  This is the person to whom all kinship relationships are referred. In the case below on the right, ego has a brother (Br), sister (Si), father (Fa), and mother (Mo).  Note also that ego is shown as being gender nonspecific–that is, either male or female.

Relationships are traced through a central individual labeled EGO. These various elements are joined to produce a kinship diagram as follows: 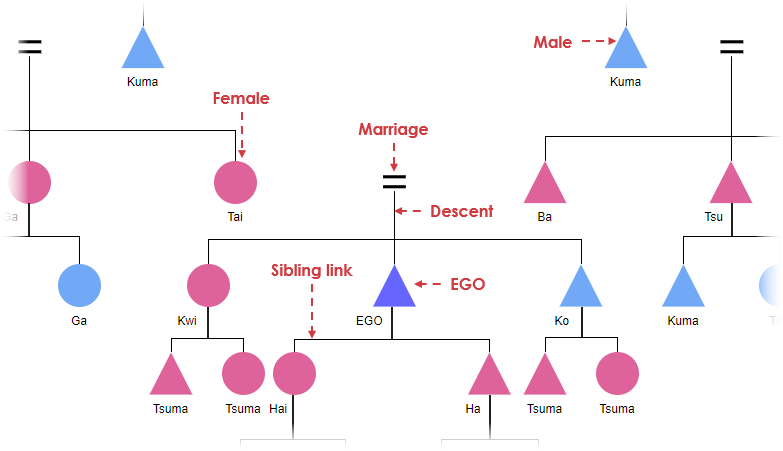