Cause and Effect Analysis Toolkit

Cause and effect is a relationship between events or things, where one is the result of the other or others. This is a combination of action and reaction. A cause-and-effect analysis generates and sorts hypotheses about possible causes of problems within a process by asking participants to list all of the possible causes and effects for the identified problem.

The 5 Whys is a simple tool used to help you understand what’s causing a problem by using an iterative interrogative technique to explore the root cause underlying a particular problem. As the name suggested, 5 Whys takes five iterations of asking “Why” to drill down from one symptom to another until you reached the root cause (Sometimes asking “Why?” five times is too many, and sometimes you need to ask it more than five times). Use the 5 Whys when you want a simple way to dig for a deeper understanding of the root cause of a problem, so you can better address it.

Q: “Why doesn’t the machine turn?”

Answer: “Because the fuse is broken.”

Answer: “The current is too high due to overload.”

Answer: “Because the bearings are not lubricious enough.”

Q: “Why are the bearings not lubricating enough? ”

Answer: “Because the oil pump cannot suck the lubricant. ”

Q: “Why can’t the oil pump suck up the lubricant? ”

Answer: “Because the oil pump will cause severe wear and tear. ”

Q: “Why does the oil pump cause severe wear? ”

Answer: “Iron dust was mixed in because the oil pump was not equipped with a filter. ”

After asking this, the water came out, and the final cause was found!

The 5W1H analysis is a method of thinking that has been widely used in business management, daily work life, and learning. It was extended from the “5W analysis” proposed by American political scientist Harold Lasswell and was first used for the management of production projects in enterprises.

5W + 1H proposes Problem (What), reasons (Why), place (Where), time (When), personnel (Who), Method (how) to help thinking and analysis. Let’s first see how the 5W1H analysis method is used in enterprise production, and then I will give two examples related to personal development. 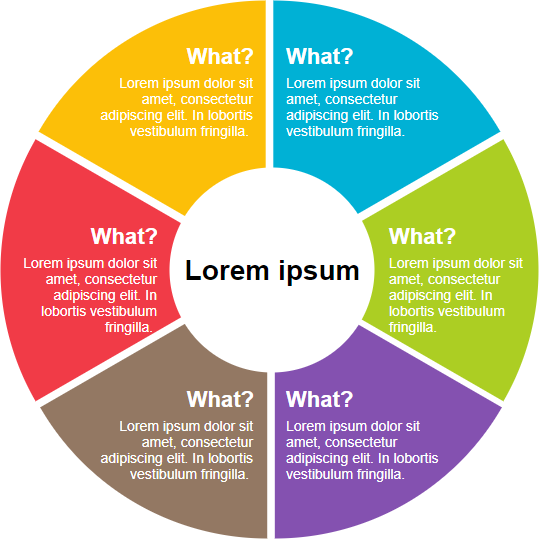 This is something to consider when choosing a workplace.

Time and Process (when)

The means is also the process method, for example, 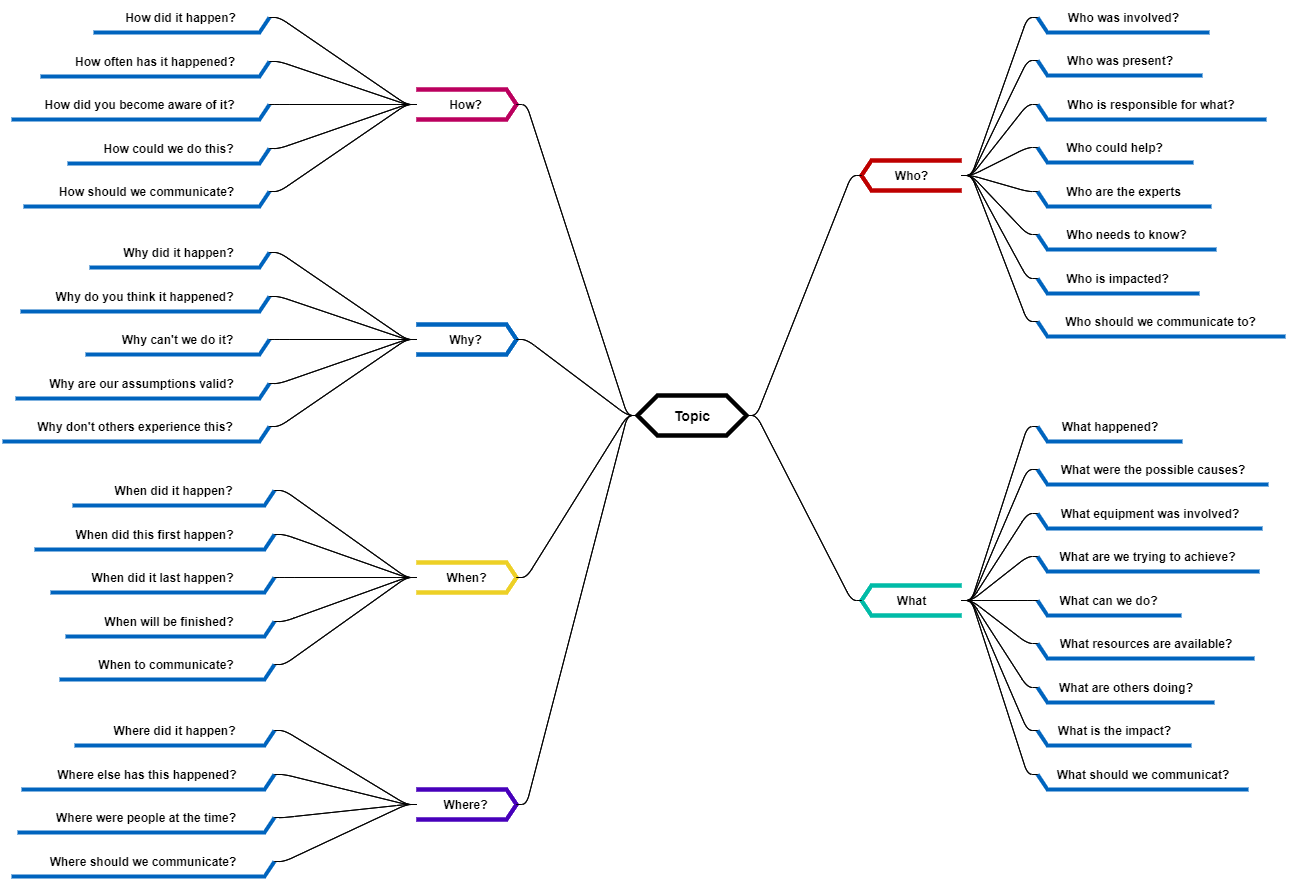 Let’s consider the software development project as a scenario where the agile team has found that technology they are using is not fully compatible with the existing systems of their client, so the agile team adopts the 5W1H to understand the problem and its identity of impact. 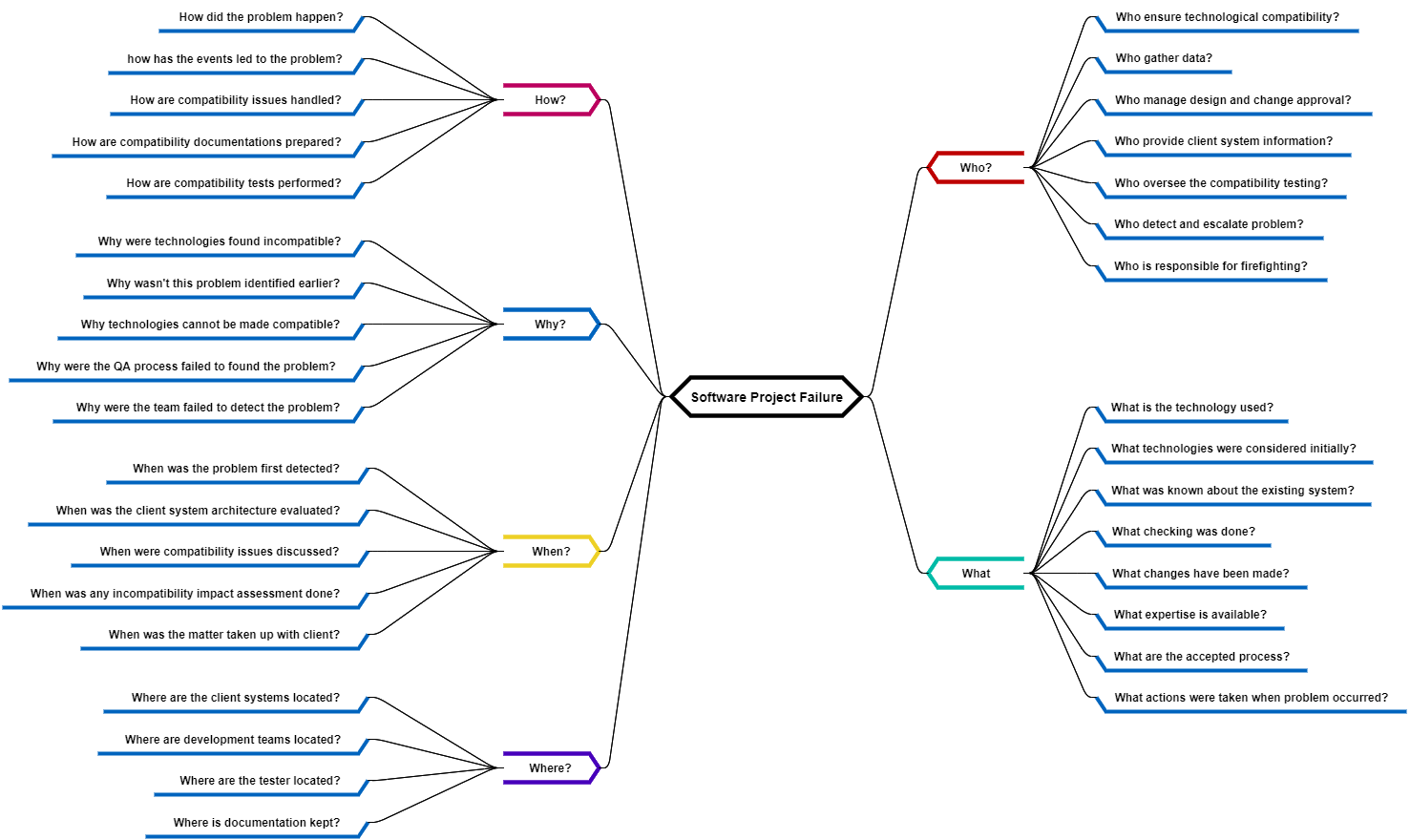 A Fishbone diagram is a kind of widely used Cause-and-Effect tool that helps identify, sort, and display possible causes of a specific problem or quality characteristic. It graphically illustrates the relationship between a given outcome and all the factors that influence the outcome. Fishbone diagram also called an “Ishikawa diagram” named after Kaoru Ishikawa who invented the diagram. It is called the “fishbone diagram” because of the way it looks.

Cause and effect analysis is often conducted by drawing cause-and-effect diagrams (also known as Fishbone Diagram), which organize a large amount of information by showing links between events and their potential or actual causes and provide a means of generating ideas about why the problem is occurring and possible effects of that cause.

It visually displays multiple causes for a problem and helps us to identify stakeholder ideas about the causes of problems which Allows us to immediately categorize ideas into themes for analysis or further data gathering. People often use the 5-whys technique in conjunction with the fishbone diagram. 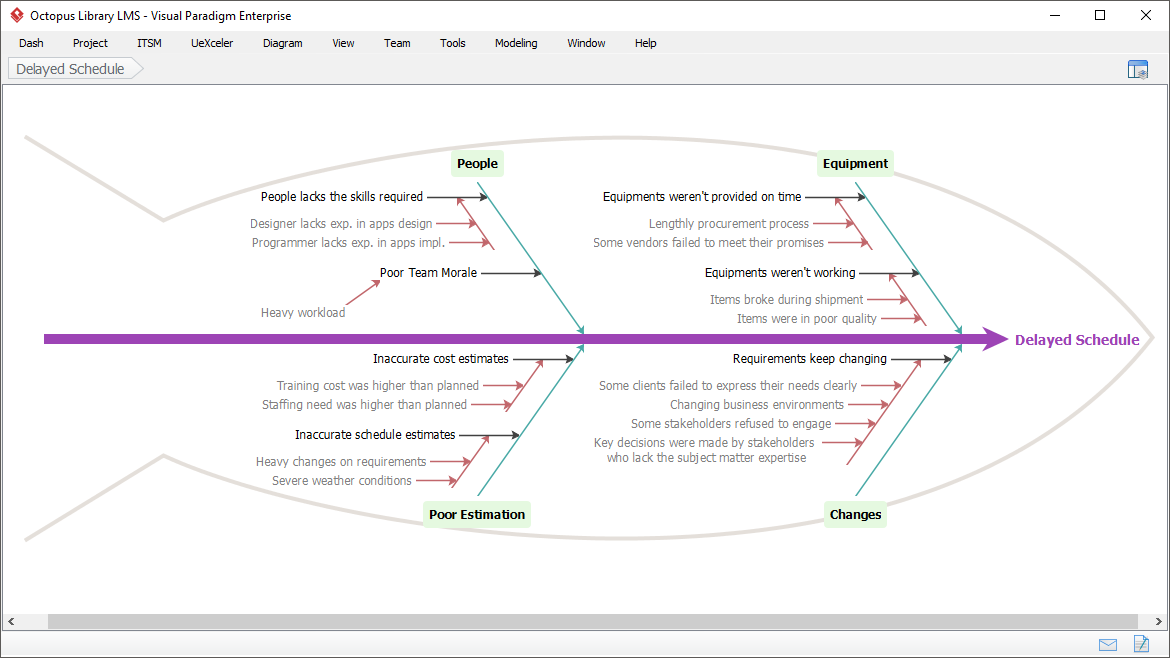 Learn more about the cause and effect diagram tool

Fault Tree Analysis (FTA) diagram is a top-down, deductive analysis method that shows a failure path or failure chain. FTA follows the concept of Boolean logic, which permits the creation of a series of statements based on True / False, forming a logic diagram that shows the cause of failure.

This analysis method is mainly used in the fields of safety engineering and reliability engineering to understand how systems can fail, to identify the best ways to reduce risk or to determine (or get a feeling for) event rates of a safety accident or a particular system level (functional) failure. FTA is also used in software engineering for debugging purposes and is closely related to the cause-elimination technique used to detect bugs. It can be used to: 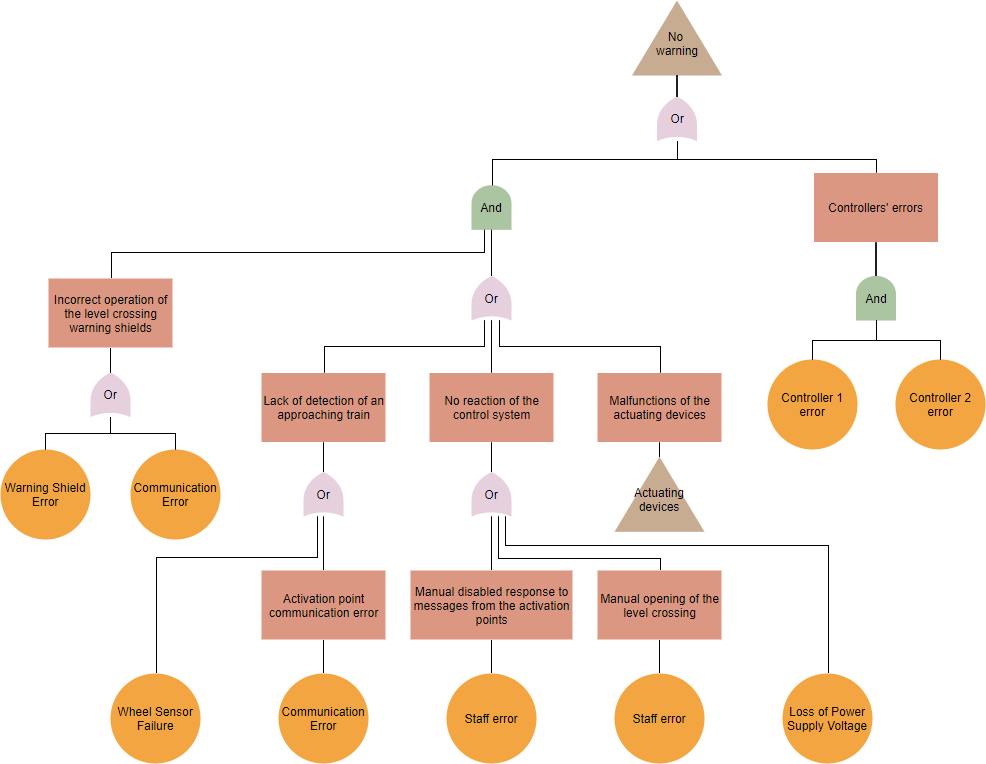 FMEA (failure mode and effects analysis) is a procedural approach for knowledge collection regarding points of failure in a product, service, design, or manufacturing process. FMEA can benefit your business include a reduction in potential failures and savings of lives and excessive costs. Organizations are wise to use this strategy to prevent catastrophes and save valuable resources.

The failure mode is a precaution of anything that may have a chance of breaking down. This includes potential errors or errors that may affect customers. It will also identify and gain a better understanding of the potential failure modes and their causes. This allows the team to prioritize issues and evaluate risks then coming up with a solution. 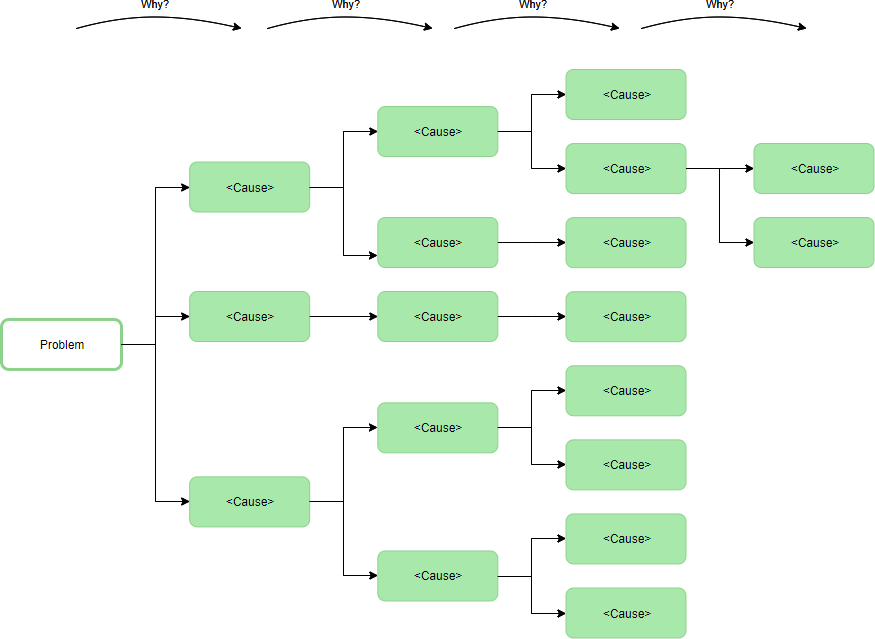 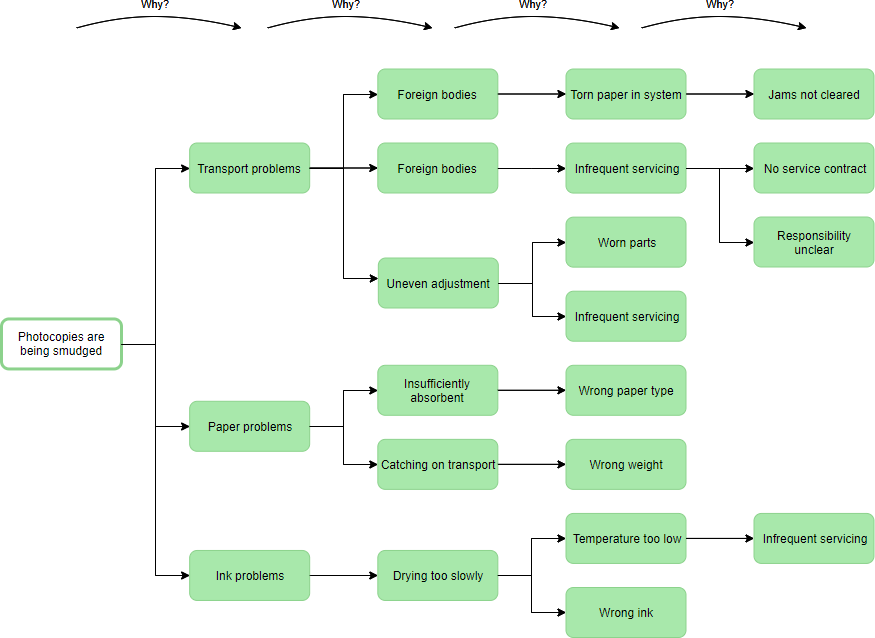 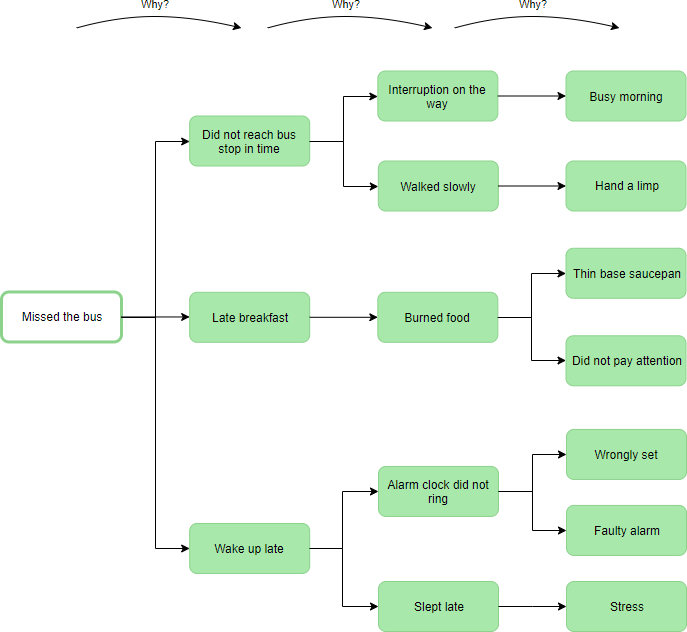 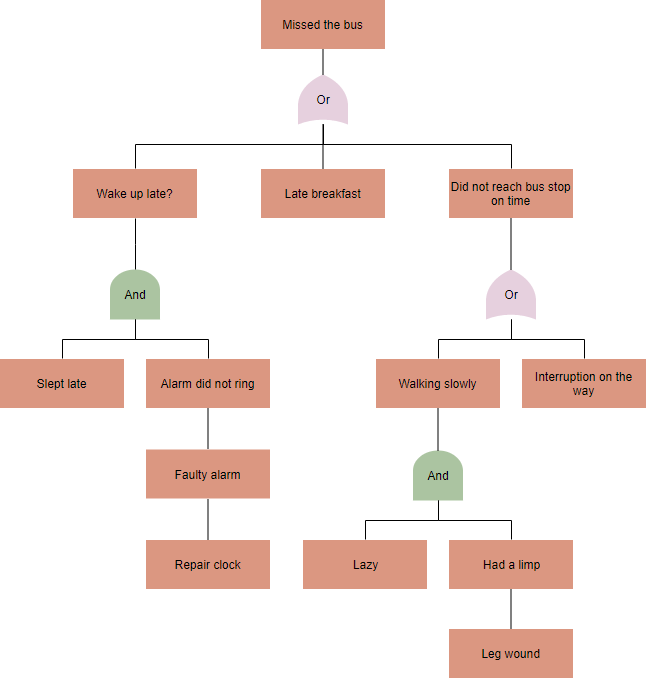 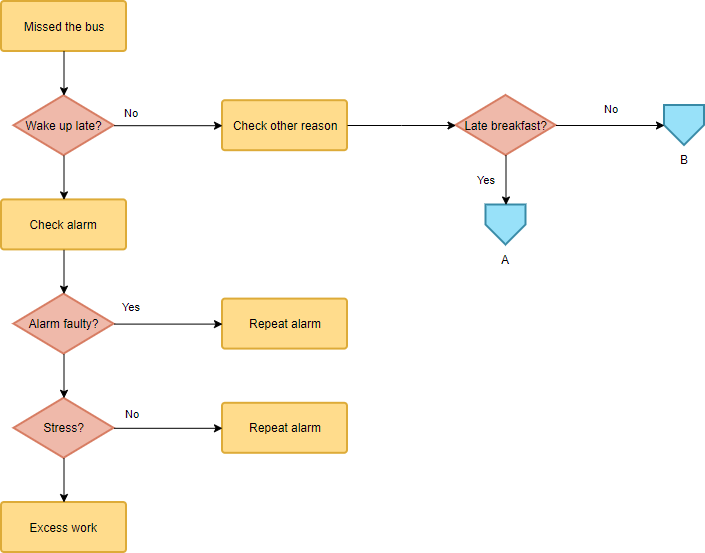