What is Current Reality Tree?

The current reality tree (CRT) helps you to find one or a few root causes for problems you’re facing so that you know where to intervene to solve the problems. A CRT is a focusing procedure formulated by Eliyahu Goldratt, developer of the theory of constraints.

The main purpose of this is to define “What to Change” in the organization that will lead to achieving breakthrough performance improvement. By identifying root causes common to most or all of the problems, a CRT can greatly aid focused improvement of the system. Thus, it is a way of analyzing many systems or organizational problems at once. A current reality tree is a directed graph.

Current Reality Tree at a Glance

A CRT begins with one or more issues, known as undesirable effects (UDEs.) These are assumed to be symptoms of a deeper common cause.

Example – a car owner may have the following UDEs:

The CRT depicts a chain of cause-and-effect reasoning (if, and, then) in graphical form, where ellipses or circles represent an “and”. The graphic is constructed by:

You build a chain of cause and effect until you reach the root cause. If two (or more) things need to occur to cause an effect then they are linked using an ellipse. You then focus your efforts on addressing the root causes and not the intermediate effects.

Focus on the issues related to their job and the negative effects they are experiencing.

An example of a simplified tree is shown below. 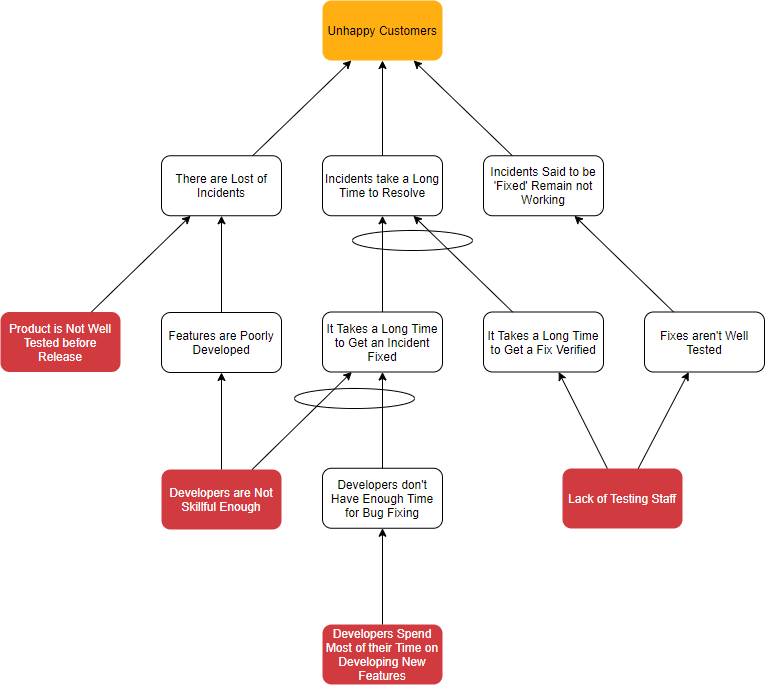 How to Develop Current Reality Tree?

The picture of the current reality becomes clear by meticulous evaluation and analysis of the issues and negative effects. This allows the leadership to create the framework of a ‘High Performing Organization’.

Find the visualization of the Current Reality Tree below: 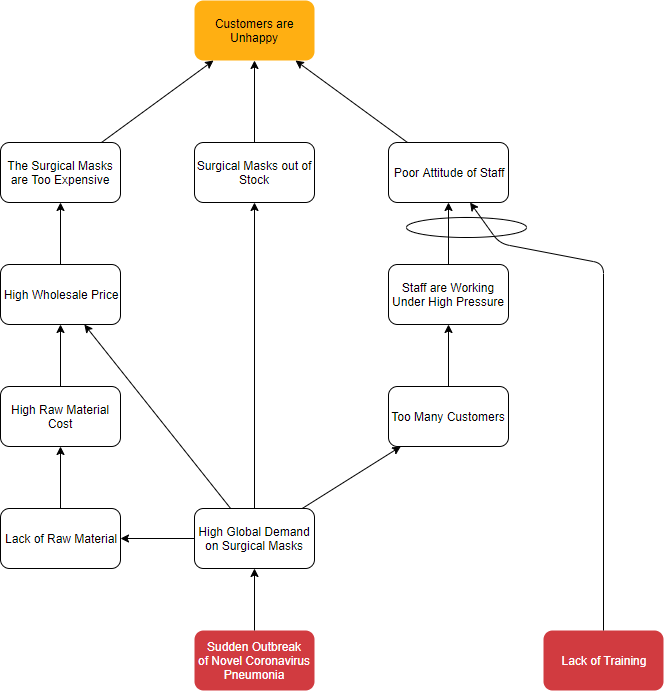 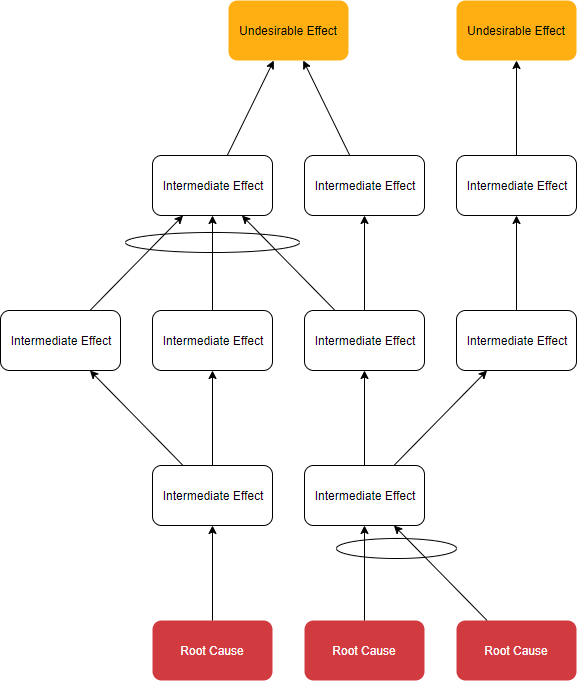